Become a Model interview with The Becky in Boca Show 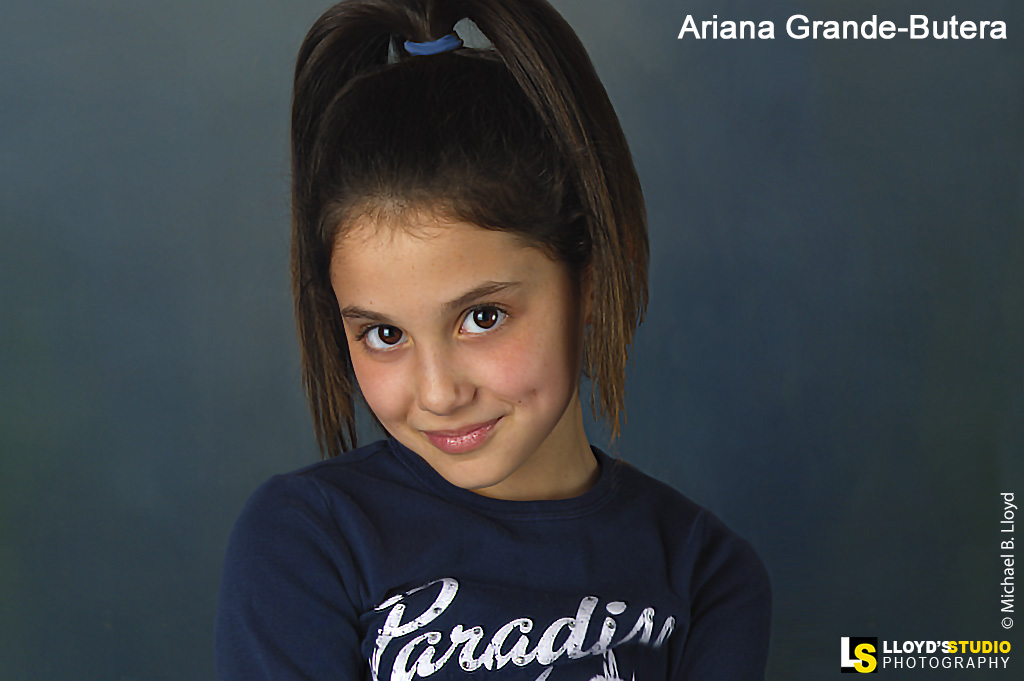 Yes ! Lloyd’s Studio Photography in Boca Raton Florida was one of the first Photography Studios to photograph Ariana Grande  for some of her first PR/ Talent Headshots!  Boca Raton “native” Ariana, just happened to book a photo shoot, (well actually her Mom) she was just a little girl at the time and we would not know it until years later, much later… Read on…

Our Story about Ariana Grande at Lloyd’s Studio 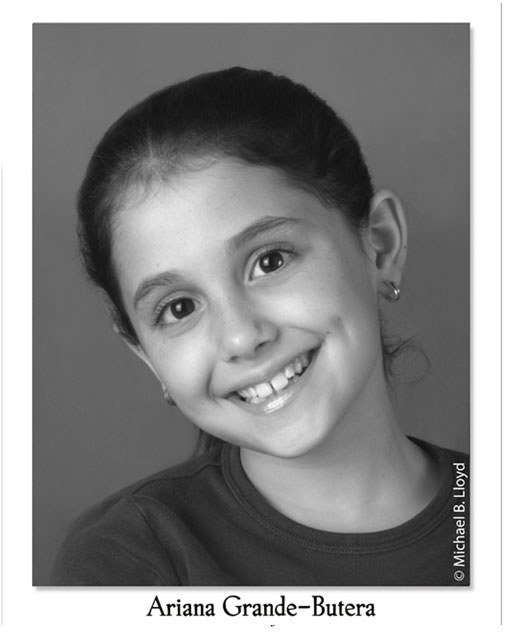 We took some of Singer Ariana Grande-Butera’s first Talent headshots!

In the early 2000’s we photographed a little girl about eight or nine years old at our photo-studio. I always remembered her and her mom on the day of the shoot. This little girl’s spontaneity and connection with the camera made her a natural. I made it a point to let her know that she was really good at this and that she should keep at it. She needed professional headshots for her acting and signing career. I remember her mom proudly telling us that she was going to be acting at the Crest Theatre in Delray Beach Florida.

Michael took many different shots of her and she changed several times and did different hairdos. Michael was surprised with the talent she naturally displayed and told her she was really good at taking direction and was a complete natural at posing. The photo shoot went as well as could be, even then her energy filled the room!

I loved the little pig tails. She was absolutely adorable with her big dimples…  She had a great time posing and just having fun in front of the camera. Her mom was very happy with the images. We were delighted to see such a lovely little girl with such innate talent. They chose several different images and we converted them into black and white, as well as some in color. We did the Talent 8x10s with her name underneath, just like all the great movie stars get.

This little girl’s enthusiasm and joie de vivre stayed with me. I could feel that she was someone very special. We had photographed many many children for talent over the years but none had ever left such an impression on me as this little fire cracker. Somehow I knew that Ariana Grande at Lloyd’s Studio was going to be famous one day. Little did I know what an amazing turn of events were to follow.

Many years passed. Then, one day I heard her name on a Television program: Ariana Grande the singer taking over SNL. I thought to myself, this must be the cute little girl we photographed in our studio so so long ago! We started paying attention to when we heard that name again. Then, one day I saw her again on TV.  We could not believe it. I saw this absolutely beautiful girl with this long fabulous hair and a voice – a voice like no other. I was so impressed with the power of her voice.

Then I saw her on Saturday Night Live and she was doing interpretations of so many singers: Barbara Streisand, Celine Dion and many others. Such a little lady with such a voice!  That is when we realized this was Ariana Grande at Lloyd’s Studio!  Just as she impressed us so much back then she impressed us even more now. We knew now this girl had made it! We are so glad to have met her and photographed her so long ago…