Boca Raton Historic Photographs AFRICA-USA is one of this month’s historic photographs.  AFRICA-USA was a theme park in Boca Raton and is one of  BOCA RATON ‘s BEST KEPT SECRETS!!!!!  This is a Whopper of a secret!!!  In doing research for this blog post, I came across AFRICA-USA.COM you have to visit this website!!! It is an awesome tribute to Boca Raton and its most famous Theme Park! AFRICA-USA !!! It is believed that this park predated Lion Country Safari both in launch date and design. Lion Country Safari allows you to drive your car through the park, Africa-USA would use a similar way to showcase the animals but they used their own “Safari Jeep Tram”.  Sadly it is no longer open.

HERE is a Video from YouTube of the park in its Heyday courtesy Africa-USA.com “Film from 1956, taken by George Hill.” 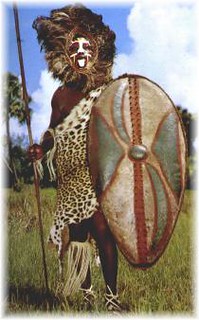 AFRICA-USA.COM,  is a website about America’s First Cageless African Wildlife Animal Themed Park.  I had no idea this place had existed HERE IN DOWNTOWN BOCA RATON very near our studio!  And when I mean here I mean HERE where my building is situated, below is an aerial photograph.  It was even on the cover of  LIFE MAGAZINE!!! Sadly it no longer exists, but it is celebrated in this website, you must visit AFRICA-USA.COM. 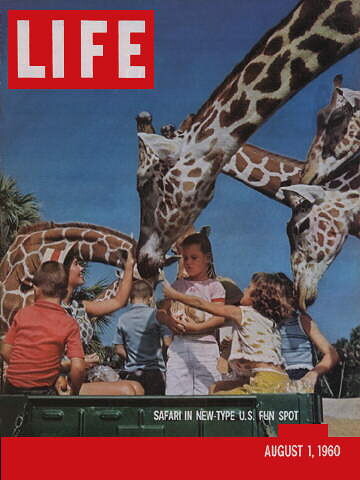 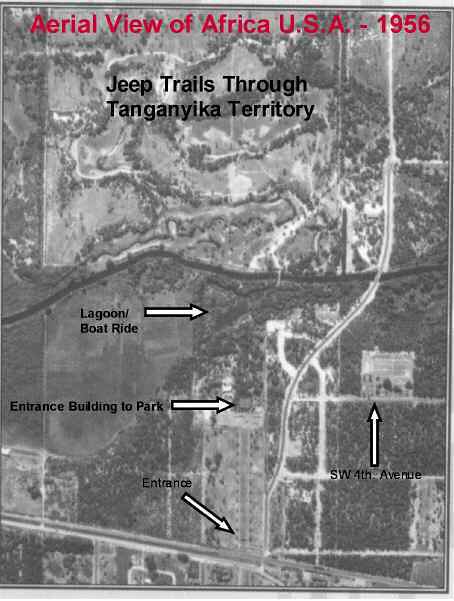 “This web site is a history and virtual tour of Africa U.S.A., an African wildlife tourist attraction that was open from 1953 until 1961. The park was located in Boca Raton, Florida on 300 acres of land near U.S.1.”

HERE is another Video from YouTube of the park in its Heyday courtesy Africa-USA.com “Film from 1956, taken by George Hill.”

And here is one of the most striking photographs of all, an advertising to the park on U.S.1 (Federal Highway)

from the 1950’s  (CORRECTION: As Mrs. Pederson states, The camel Photograph Below IS in Boca Raton, but it’s from  the 1920’s and NOT about AFRICA-USA, But for a Shriner’s Convention and to draw interest in Boca Raton at the time. 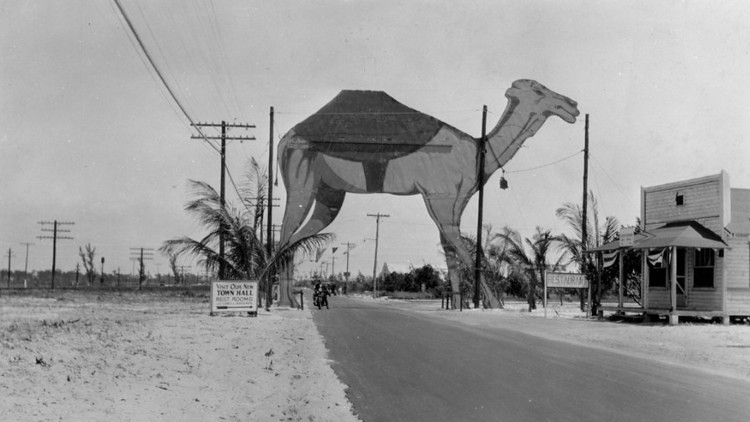 LOOK FOR ANOTHER WHOPPER OF A SECRET NEXT MONTH,  THINK   “ANCIENT BOCA RATON” LOL!!!!

A Great new video added to YouTube  by: Ron Hurtibise